I think the time of The Free Lunch is over. (And by the way, it was never free.) Someone else, far away from our table was picking up the tab. Whether it’s a kid in some third world sweat shop or an illegal in America, the cost has always been more than the sticker price. Back in the day the vested interests, governments, corporations, ad agencies, didn’t think it was good for business to let us ever see them, the unwashed, the uncared for. It was cleaner this way, more convenient for all concerned, at least everyone on this side of the equation. But now those powers have lost their grip on information. It’s out there in the ether, and in here, in our heads.

A doggy is abused in a local kennel. (Hang the bastard responsible.) A kitten is born unwanted and uncared for in a dark alleyway in one of our own cities, one of the richest cities on earth. (Quick somebody fetch a saucer of warm milk.) They’re close by. We can see them, hear them, smell them. They’re ours. But these others, and the children of the others, aren’t.

Most kids in our culture think everything is free, because for them, it is. They’ve got a natural born right to this freedom, a false freedom others have paid for.

One question keeps sticking its big nose between the flickering television and my evening meal, my personal little private space.  Do I care enough to get up off the couch?

At times that can be a very troubling question.  When I see their faces on the screen they haunt me, but from afar. The next story is of a bomb exploding in a busy market, a gathering place teaming with them. We are uneasy now because the bombs are detonating closer and closer to home. The borders are blurring, but not the differences, they remain sharp as sabres. 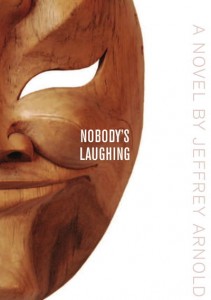